"NOAAHH is the most important thing since sliced bread,"  Founder Allen Toussaint 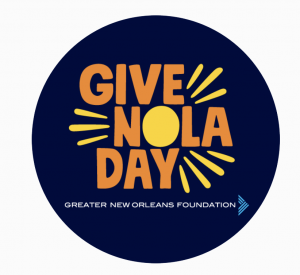 On May 4, GiveNOLA Day, NOAAHH topped our goal in the city-wide giving event with $3,600 in donations from 45 generous friends.  NOAAHH greatly appreciates all who supported us.

These donations go directly to people in need through grants to non-profits that directly provide food and shelter.

It promises to be a great year for NOAAHH.  We're planning a concert later in 2021 to celebrate the return of live music and continuation of NOAAHH's legacy of caring. 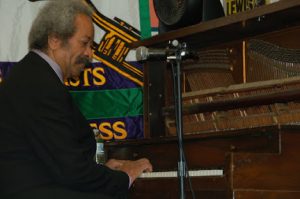 On Thursday, Jan. 14th, NOAAHH celebrates its co-founder's birthday and his commitment to caring.
Happy birthday, Allen Toussaint!  We love you, we miss you, and we remain faithful to your vision of addressing hunger and homelessness in the Greater New Orleans region.
We invite you to follow his lead and say, "Yes, We Can!"   Donate to NOAAHH now.
Watch an uplifting video of Allen Toussaint singing "Yes, We Can Can."

NOAAHH's Mission To Feed and Shelter Those In Need

NOAAHH provides grants to local organizations that feed and shelter people in metro New Orleans.  With an all-volunteer board and no overhead, we fulfill the dreams of Toussaint, who along with Aaron Neville, created NOAAHH in 1985.  Their goal was simply to get people in need the help they need.  Over the years, NOAAHH has given more than $3 million to feed and shelter our neighbors.  Join us in keeping the legacy of caring alive!

(April 2, 2020) NOAAHH joins music lovers all over the world in mourning the loss of our dear friend, Ellis Marsalis -- forever touched, forever grateful for your musical magic. We send our love, thoughts and prayers to his wonderful family. 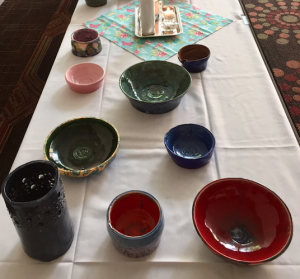 (Feb. 17, 2020)-- New Orleans Artists Against Hunger and Homelessness has awarded  $20,000 in grants to non-profit organizations that collectively have 599 years of experience addressing the issues of hunger and homelessness in the Greater New Orleans region.

Watch a clip from a documentary about Allen Toussaint. 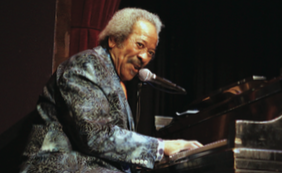 In 1985, music legends Allen Toussaint and Aaron Neville brought together a group of New Orleans musicians to perform a concert that would benefit the hungry and homeless in the city. Because of that musical event, the New Orleans Artists Against Hunger and Homelessness (NOAAHH) was founded.

Since, musicians from New Orleans and all over the world have donated their time and talent to help the organization address these critical community issues through benefit concerts and celebrity mixers.  Currently, the Greater New Orleans region is reported to have the 8th highest rate of food hardship in the nation, in addition to thousands of homeless individuals, families and children.

With the support of these special artists, NOAAHH has raised more than $3 million for charity through donations, sponsorships and concert proceeds.  In turn, the organization distributes the funds raised as grants to philanthropic agencies and charities in the Greater New Orleans region. To date, NOAAHH has assisted more than 50 charitable groups experienced in providing food and shelter to those in need.

Joining NOAAHH in their efforts are corporate sponsors, who donate cash and in-kind services to help cover event production costs.  Sponsors are duly recognized in NOAAHH’s extensive publicity and signage.  Proceeds are distributed in metro New Orleans by the NOAAHH Board of Directors using a carefully screened grant application process.

NOAAHH is governed by an all-volunteer board of directors, led for its first 25 years by Sister Jane F. Remson, O.Carm.

Our thanks to these stellar musicians, and Reggie Toussaint who joined us.  Thanks to everyone who made it a sold out event, Ed White of White Oak Productions, Trevor Brooks and Sentrē Sound, Southern Hospitality Catering, and the staff of New Orleans Jazz Museum at the Mint.  All proceeds from the concert support NOAAHH's grant to local non-profits supplying food and shelter to people in need. 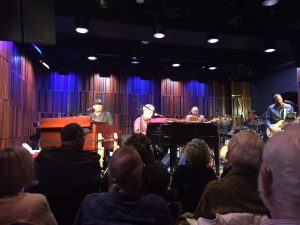 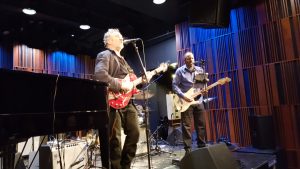 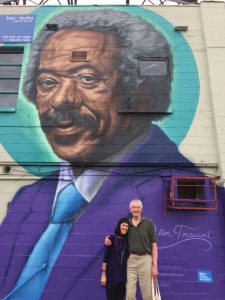 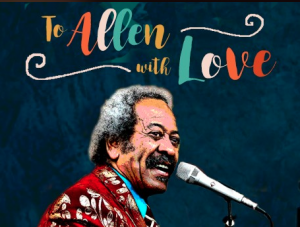 On Nov. 10, 2015, the world lost Allen Toussaint, a genius musician whose talent was only eclipsed by his caring heart.  Allen co-founded New Orleans Artists Against Hunger and Homelessness (NOAAHH) in 1985. We at NOAAHH pay tribute to this great man and pledge to help keep his legacy of caring for people in need going strong.

NOAAHH was founded in 1985 when Allen Toussaint, Songwriters Hall of Fame inductee and Grammy Trustee Award recipient, and Aaron Neville, Grammy Award winner and Louisiana Music Hall of Fame inductee, brought together a groups of New Orleans musicians to perform a concert to benefit the hungry and homeless of metro New Orleans.  Governed by an all-volunteer board of directors, NOAAHH presents concerts and gala celebrity mixers to raise funds to help alleviate hunger and homelessness in the Greater New Orleans region.  Proceeds from concerts are distributed by NOAAHH to philanthropic non-profit agencies and charities experienced in providing food and shelter to those in need.

To become a sponsor or learn more, contact us today

Recognized as a Music Legend Sponsor of the event

Recognized as a Hall of Fame Sponsor of the event

Recognized as a Headliner Sponsor of the event

Acknowledged among supporters of event in NOAAHH news releases

Recognized as Hit-Maker Sponsor of the event

Acknowledged among supporters of event in NOAAHH news releases

New Orleans Artists Against Hunger & Homelessness (NOAAHH) is a nonprofit, 501(c)3 organization that presents concerts and gala celebrity mixers to raise funds to alleviate hunger and homelessness in the Greater New Orleans region. Since it was founded in 1985 by music legends Allen Toussaint and Aaron Neville, NOAAHH has raised more than $3 million through donations, sponsorships and concert proceeds. In turn, the organization has distributed the funds raised as grants to philanthropic agencies and charities in the region. To date, NOAAHH has assisted more than 50 charitable groups that are experienced in providing food and shelter to those in need.

NOAAHH presents an active calendar of concerts and events to raise funds to fight hunger and homelessness. 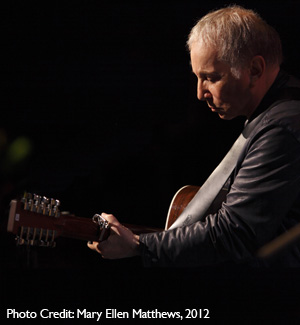 NOAAHH BENEFITS AROUND THE COUNTRY

Music Night On Jupiter - A Tribute to the Life and Music of Allen Toussaint.

New Orleans Artists Against Hunger and Homelessness, a 501(c)3 organization, raises money to help the hungry and homeless through concerts, galas and other events.

A recent study by the Food Research and Action Center reported that the New Orleans metropolitan area had the eighth-highest rate of food hardship in the nation.  Food hardship is defined as the lack of ability to provide a basic supply of necessary food.  Households with children are at greater risk.

Our primary source of revenue is ticket sales to NOAAHH events.

Other sources of income include corporate and underwriting sponsorships for events, which provide significant public exposure for the sponsor.  NOAAHH is always welcome to new sponsors.

Many celebrities who support our organization and cause donate personal items and art works, auctioned at our various events.

Many persons and organizations, sharing our desire to fight hunger and homelessness, make donations to NOAAHH throughout the year.  It's easy to donate on this website under the Donate tab.

NOAAHH Benefits From Other Events

Many musical events generate funds that the producers would like to donate to worthy, qualified charitable organizations.  NOAAHH often receives such funds.  In these instances, NOAAHH functions as a foundation, ensuring the monies go to fight hunger and homelessness.

Proceeds from fundraising events are distributed by the NOAAHH Board of Directors to Greater New Orleans regional philanthropic, nonprofit agencies and charities experienced in providing food and shelter.

NOAAHH has distributed more than $3 million to charity since its first concert in 1985.  NOAAHH grant recipients have included:

NOAAHH has been extraordinarily successful through its events.  This success springs from the support of our many corporate sponsors, the City of New Orleans, commuity volunteers, and the local and national musicians who have given so generously of their time and talents.

NOAAHH's main events are star-studded concert that offer a solid evening of entertainment for the price of admission. Because our performers are donating their talent, overhead is kept to a minimum and proceeds go directly to charities that aid those in need.

NOAAHH's theme song,"Give Today for Tomorrow," was recorded by New Orleans musicians in 1985.


Check Out NOAAHH's History In This Video Scrapbook

This 30-year compilation of NOAAHH highlights was put together by former Board Member Kathy Sebastian. The song "Give Today for Tomorrow" was recorded in 1985 by a host of New Orleans musical stars.TT 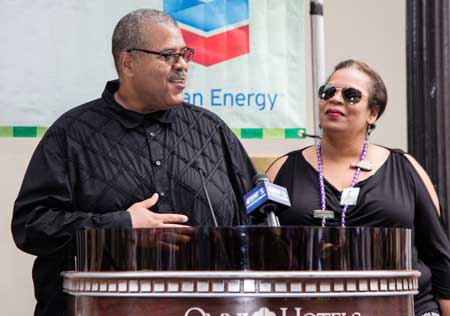 In 2016, Reggie Toussaint and Alison Toussaint LeBeaux express gratitude to organizers of the French Quarter Festival for booking their late father, Allen Toussaint, at the 2015 Festival.

NOAAHH welcomes you and your voluntary contributions to help fight hunger and homelessness.  Contact us to learn more.  NOAAHH is governed by an all-volunteer Board of Directors who donate their time and services to produce the musical events and oversee day-to-day operations of the nonprofit corporation.

Joining NOAAHH in this effort are corporate sponsors whose support is needed to cover the production costs of the events. These sponsors donate both cash and in-kind services for which they are duly recognized in NOAAHH's extensive publicity.

YOU can help NOAAHH address hunger and homelessness in the Greater New Orleans region. We welcome your involvement and support. All donations are fully tax deductible to the fullest extent of the law. There are many ways to help.  Become a sponsor of an upcoming event.  Donate cash or in-kind services.  Attend a NOAAHH event and bring your friends.  Or spread the word about NOAAHH and the great work we do in the Greater New Orleans region.  All sponsors are duly recognized in NOAAHH's publicity and promotion of the event. You can also donate directly to NOAAHH online using the link below.


If you'd like to mail in a contribution, send your donation to:

If you'd like to receive more information about NOAAHH events and activities, and receive updates on how NOAAHH funds are benefiting the community, please email info@noaahh.org.

The New Orleans City Council passed a resolution declaring Jan. 14, the birthday of Allen Toussaint, as Allen Toussaint Day.  Toussaint's family joined the Council in celebrating the life and works of the New Orleans musician, who passed away Nov. 10, 2015 while on tour in Spain.

Toussaint is a member of the Rock and Roll Hall of Fame, the Louisiana Music Hall of Fame and the Blues Hall of Fame. He was also awarded the National Medal of the Arts by President Barack Obama in 2013.


District "A" Councilmember Susan Guidry said, "Our artists and musicians are our ambassadors, as their talents, hard work, and genius creates the culture for which we are internationally known. Their travels share that culture with countless individuals and communities, and their successes and creations infuse our city with a vibrancy and soul unmatched elsewhere in the world. Allen served our city as one of our finest ambassadors."

NOAAHH recently distributed $42,000 in grants at the annual Bread for the World Hunger Awareness Meal on December 8 at Loyola University.
PRESS RELEASE

NOAAHH honored Allen Toussaint with a tribute concert for his 75th birthday in April, 2013.
PRESS RELEASE

NOAAHH appreciates your support.  All donations are tax deductible to the full extent of the law.  Donations of cash or in-kind services are always needed to defray event costs and to provide more assistance for the hungry and homeless. All sponsors are duly recognized in NOAAHH's extensive publicity and promotion of our events